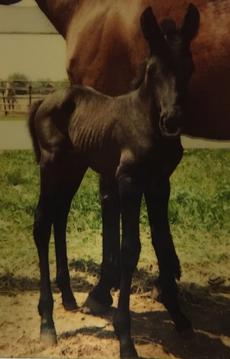 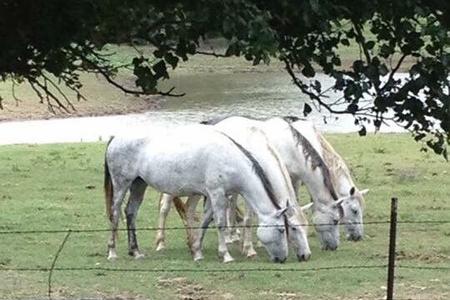 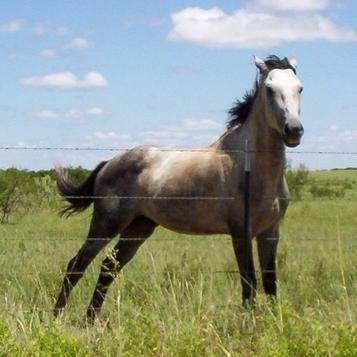 Once Thunder matured, he got to work quickly and what resulted is a lovely herd of grey, durable but beautiful horses. The combination of the natural "survival-of-the-fittest" American Mustang and the grace and beauty of the Spanish Andalusian created an amazing all-around horse.

In 2011 Deanna Stocker passed away and Dallas Miller inherited  "DeAnna's Herd".  Dallas and her husband Jeff Miller took over and made a few changes including relocating the ranch, but the herd lives on.

When Dallas Miller was a child her Mother, Deanna Stocker, adopted her first Mustang from the Bureau of Land Management. From there the herd grew.  DeAnna had always loved Andalusians and that is one reason she bred mustangs that were grey or white.

Finally, in 2002 DeAnna purchased a stallion that she had always hoped to afford.  An Andalusian cross named "El Reo" sired by Afinado MC from Four Oaks Stable in Illinois.  When he arrived, "El Reo" was a cute little black 6 month old. DeAnna doted on the little colt and nick-named him "Thunder".